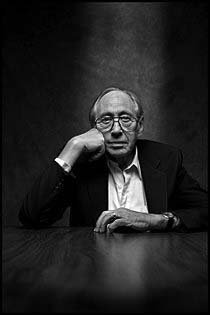 Alvin Toffler is an American writer and futurist, known for his works discussing the digital revolution, communication revolution and technological singularity.

Toffler is a former associate editor of Fortune magazine. In his early works he focused on technology and its impact through effects like information overload. He moved on to examining the reaction to changes in society. His later focus has been on the increasing power of 21st-century military hardware, the proliferation of new technologies, and capitalism.