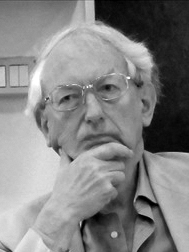 Martin Litchfield West, OM, FBA (1937–2015) was a classical scholar, acknowledged, on receipt of the Kenyon Medal for Classical Studies from the British Academy, as "the most brilliant and productive Greek scholar of his generation, not just in the United Kingdom, but worldwide." At the time of his death he was an Honorary Fellow of All Souls College, University of Oxford.