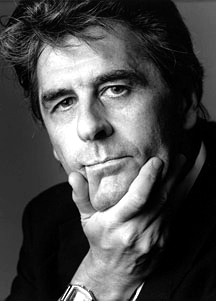 Dr. Keith Devlin is a co-founder and Executive Director of the university's H-STAR institute, a co-founder of the Stanford Media Xresearch network, and a Senior Researcher at CSLI. He is a World Economic Forum Fellow, a Fellow of the American Association for the Advancement of Science, and a Fellow of the American Mathematical Society. His current research is focused on the use of different media to teach and communicate mathematics to diverse audiences. In this connection, he is a co-founder and President of an educational video games company, InnerTube Games. He also works on the design of information/reasoning systems for intelligence analysis. Other research interests include: theory of information, models of reasoning, applications of mathematical techniques in the study of communication, and mathematical cognition. He has written 32 books and over 80 published research articles. Recipient of the Pythagoras Prize, the Peano Prize, the Carl Sagan Award, and the Joint Policy Board for Mathematics Communications Award. In 2003, he was recognized by the California State Assembly for his "innovative work and longtime service in the field of mathematics and its relation to logic and linguistics." He is "the Math Guy" on National Public Radio.