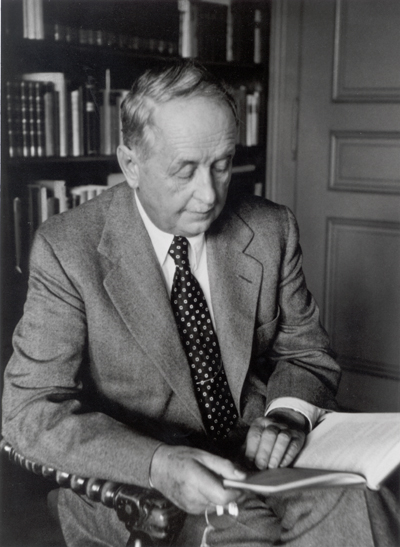 Hermann Klaus Hugo Weyl was a German mathematician, theoretical physicist and philosopher. Although much of his working life was spent in Zürich, Switzerland and thenPrinceton, he is associated with the University of Göttingen tradition of mathematics, represented by David Hilbert and Hermann Minkowski. His research has had major significance for theoretical physics as well as purely mathematical disciplines including number theory. He was one of the most influential mathematicians of the twentieth century, and an important member of the Institute for Advanced Study during its early years.